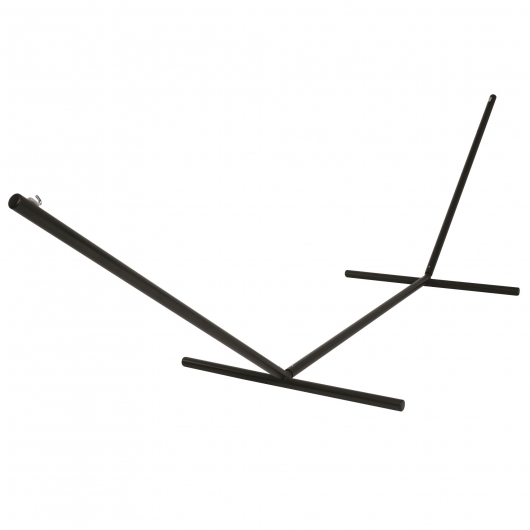 Uncommon durability, smart good looks and ease of assembly mean almost any flat patch of open ground can quickly be transformed into a happy hammock haven. Sometimes, you just need to get out of the way and let the customer do the talking! This description of our taupe-colored Tri-Beam Steel Hammock Stand from Oakland, Calif., resident S.H. covers it well: �I bought a hammock a year ago on Amazon, hoping that I could find somewhere or another to hang it. However, that proved not to be the case, and I finally broke down and bought (this) stand for it. … After about two minutes of assembly, which includes putting the (poles) together via spring-loaded locking pins, and putting the rubber end-caps on, I had a fully assembled hammock stand. Completely brainless, and easy as pie. The (poles) aren’t light, but they’re light enough that virtually anyone could do the assembly on their own.�.